The wonderful thing about having a big ol’ zoom lens is that you can get a bird’s eye view of interesting cities like Rome. It helped somewhat that I was already several stories up in the air when I took the shot. No, I’m not actually a bird. I was in fact standing at the top of the famous Spanish Steps overlooking the crowds of tourists milling about window shopping along Via Dei Condotti, just opposite. As per my previous post, the Spanish Steps weren’t quite what I had been expecting either. In my mind they and the Trevi Fountain were somehow connected. Not so, although not very far from one another. Film makers certainly exercise a lot of artistic license when it comes to representing famous cities. For example, in most films London never really looks how it really looks. Neither it seems does Rome. 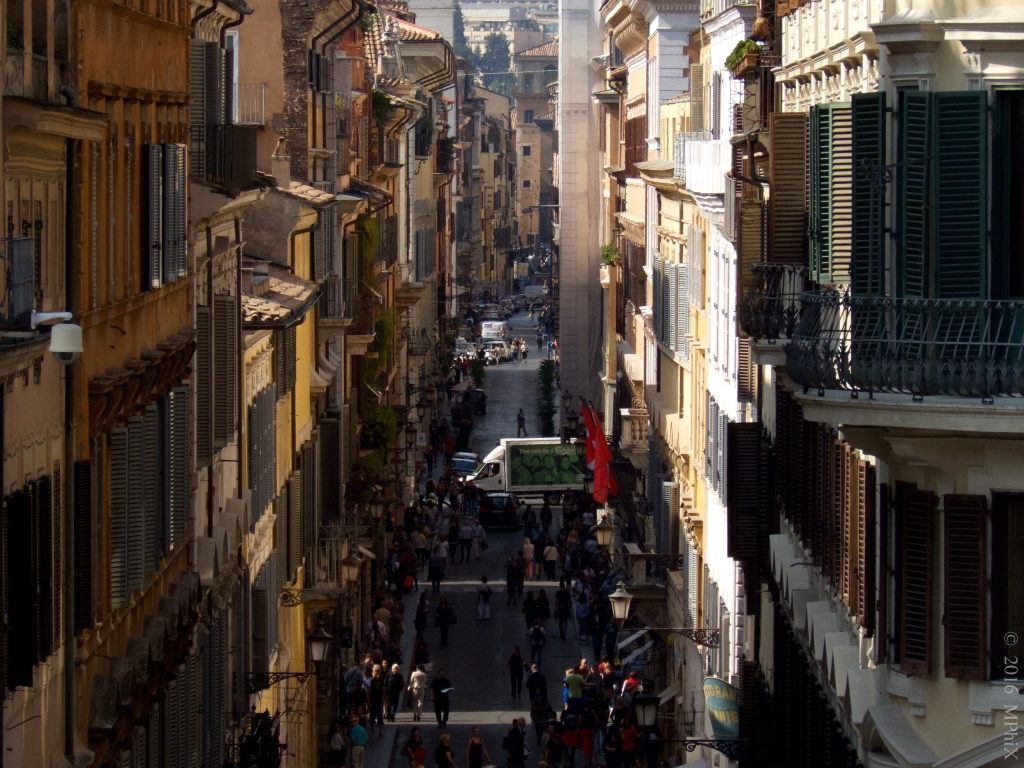