I created multiple version of this image, all of which I think have merits as final prints. Below are my favourites of the batch.

Bill and I discovered when we arrived in Rome at the very iconic site of the Colosseum, that it really wasn’t quite what we had been expecting. Not as we had envisaged it through countless references in films, and in iconic pictures in history books. In some respects it seemed smaller, and not the big round-about for traffic that we are often given to believe it is. It was just there. Broken and there, and very old. Of course many tourists and Romans alike were milling around the great structure snapping away with their selfie-sticks, consumed by the engulfing shade of one half of the building. The smell of human urine gave a certain piquancy to the air, along with nosefulls of dust and cigarette smoke. We had arrived in this most ancient and famous of cities, and almost instantly regretted our decision to visit.

But as the hours went by, along with the days, we realised that travel stress and tiredness had clouded our judgment somewhat. With renewed vigour we explored the city with our cameras and came to the conclusion four days later that we should return some day and see everything else there was to see. We saw a lot, believe me, yet there is still more. The history of the place is outstanding, and some of the remaining monuments breathtaking. Rome is a tricky beast. A marriage of the squalid with the splendid, and everything else in between. Much like any bustling modern city, even though I think the Ancient Romans wouldn’t have thought it any different, not much seems to have changed in the last 2000 years, except for all the smart-phones and cancer-sticks.

I enjoyed creating this particular series, with each version making new discoveries in editing options. I wanted to capture some of that magical essence of Rome that I had been told existed. I think I found it. 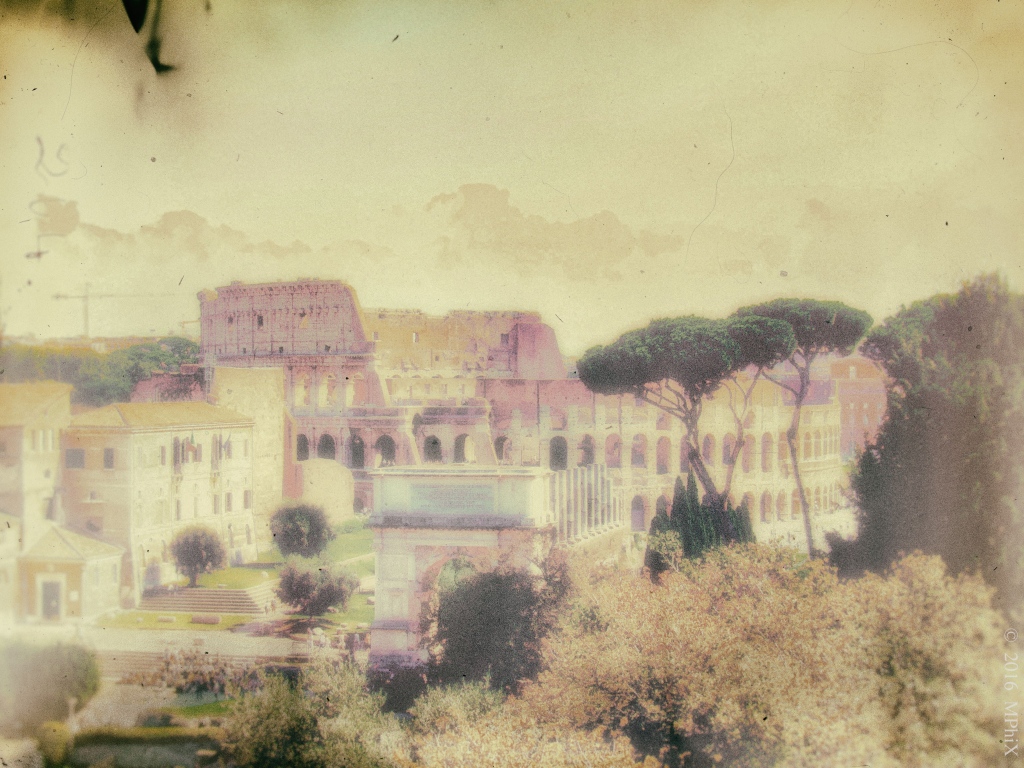 The Colosseum as seen from the viewing terrace of the Church of the Vestal Virgins at the Roman Forum, October 2016. 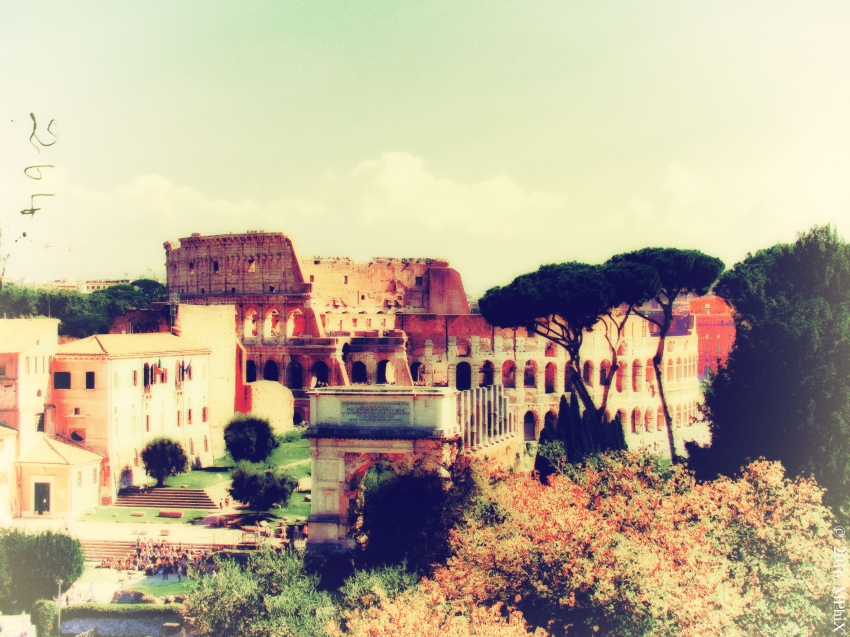 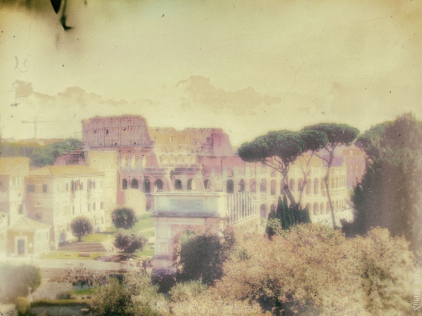 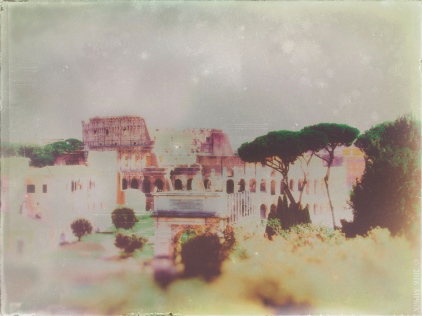 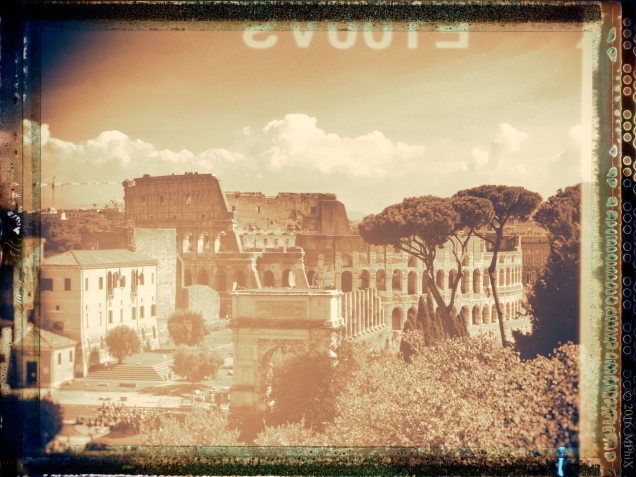