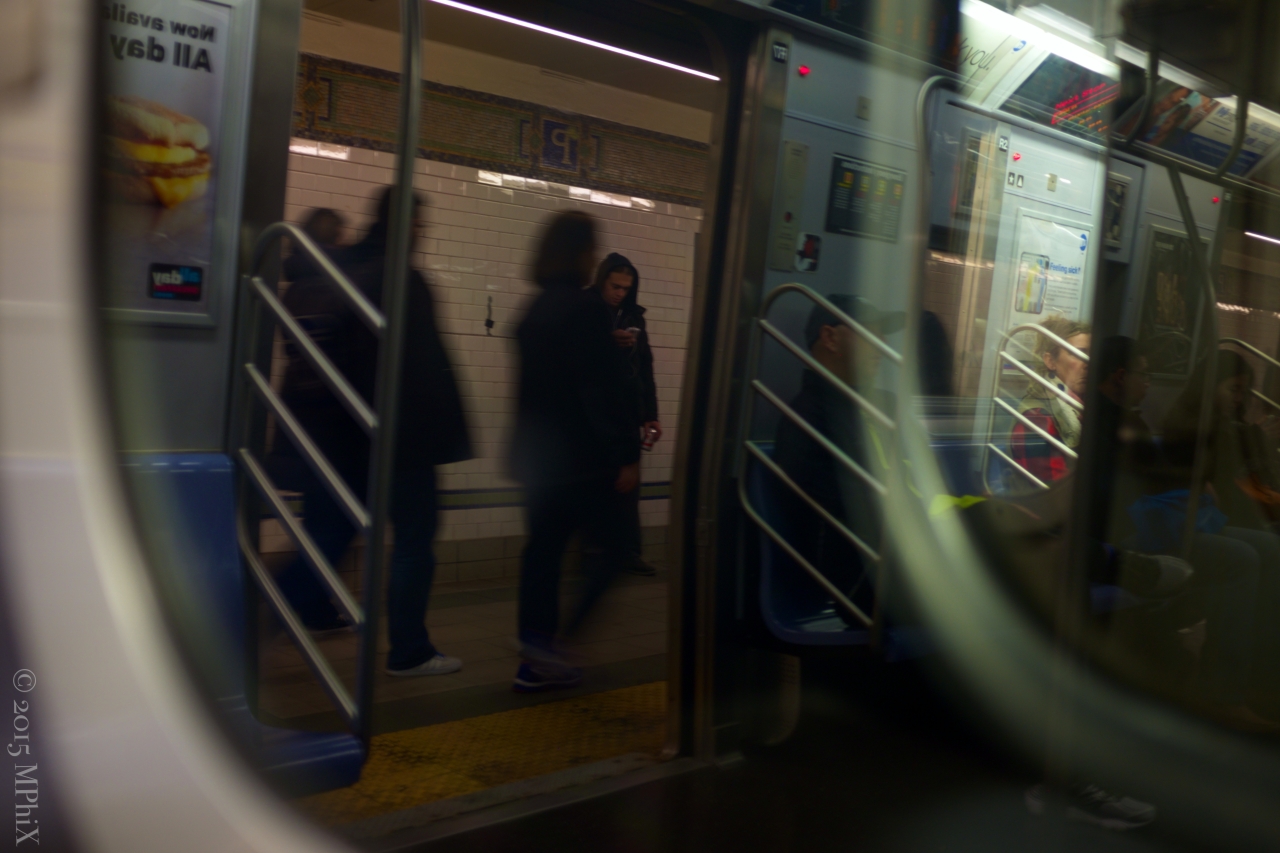 New York City is my favourite place to shoot next to Venice, Italy. Like London people there are oblivious to the camera, being long used to tourism. It makes shooting street an enjoyable experience as you are relatively invisible. People in big cities are usually caught up in their own affairs, like chasing stupid Pokémon. That’s ok, makes it all the more easy for me to snap your picture and perhaps capture something iconic. I’d say that street photography was a better pursuit as it actually forces you to engage with the world around you, except I realise that the more street photographers there are out there, the less opportunity it provides me with attaining any kind of notoriety in an already heavily diluted craft. Thankfully good street photographers are still few and far between, exceptional ones rarer still. Which am I? It doesn’t matter, I love what I do and I’m passionate about photography, and that’s all that actually matters.

The above shot, as you can probably guess was taken on the New York Subway. It was taken during my honeymoon last October. Both my husband and I are street photographers, so the thought of spending our honeymoon parading up and down 5th Avenue with our cameras was a real treat, especially as two of our favourite photographers, Joel Meyerowitz, and Garry Winogrand did just that, and often on opposite sides of the street. Manhattan is a fascinatingly complicated and diverse place to be. Can’t wait to go back, although this year Venice and Rome have won the bid for travel destinations. I’m not a big fan of shooting in the cold, so New York may have to wait until next year when it warms up again.